Skip to content
HomeAdventure HolidaysWays To Travel Cheaply With Family

There are few greater pleasures in life than going on a family vacation, one where both parents and kids can have a great time together. But unlike a solo traveller that only needs to worry about their own costs, a parent needs to plan a budget that accommodates everyone comfortably, and this is where the costs can quickly begin to add up .

Thankfully, it’s more than possible for families to cut down on costs while travelling, and these helpful hints will ensure that everyone can have a memorable time without breaking the bank.

Giving Kids Their Own Money

This is an idea that immediately seems counterproductive: children don’t really tend to care about budgeting, and it may seem like the first thing they’ll do is spend all their money immediately, but this isn’t the case. The kid is more likely to spend their parents’ money much faster than when given their own money every day, which they will be more inclined to save as much as possible. This actually leads to less spending on their behalf in total, and for an easier time on their parents’ bank accounts.

There’s nothing wrong with going out to a nice restaurant with the family every now and again during a vacation, but this shouldn’t be a recurring event, as the costs of feeding an entire family can add up extremely quickly. It’s a much better idea to instead buy groceries at the local shops and make food at home, with special emphasis on cooking big, hearty breakfasts that will fill everyone up. Not only will this ensure that the kids are getting a healthy meal at the start of every day, but also that there will be overall less spending on food throughout the day. 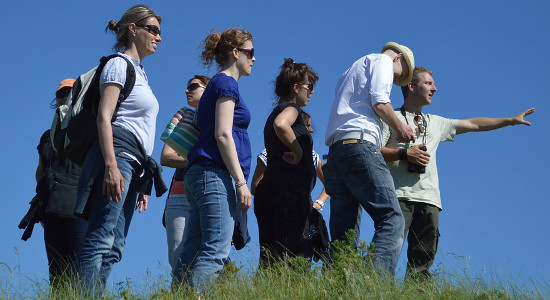 Going to any tourist-targeted shop and expect to be bombarded with a plethora of expensive tourist booklets and guides that can end up costing an arm and a leg. A better idea is to instead turn to technology, where there are usually a variety of modern apps that can offer the same services, but often for a significant reduced price, or for completely free, along with the chance of playing mobile games when bored. Many cities and towns around the world even have their own apps that are available for free to download and can be a great wealth of information regarding the surrounding area.

Renting out accommodation for one family is undoubtedly expensive, but it’s possible to reduce that expense by instead renting accommodation with more than one family at a time. This is known as a sharecation, and it’s become much more popular in recent years as people try and find ways to save money while on vacation. Not only can it mean an overall reduction in costs, but also the chance to share other responsibilities, such as cooking meals and doing laundry, where all the chores can be spread out evenly.