Skip to content
HomeAdventure HolidaysSee the Seven Wonders of the World

Have you ever wondered what exactly the Seven Wonders of the World are? Well, the original seven wonders as established by the Ancient Greeks don’t actually exist anymore, except for one.

The Pyramids of Giza are still standing, but the Colossus of Rhodes, Hanging Gardens of Babylon, Lighthouse of Alexandria, Statue of Zeus at Olympia, Temple of Artemis and Diana, and Tomb of Mausolus are all either completely gone or have been reduced to rubble.

A new list was compiled in 2007 via an online competition that The New 7 Wonders Foundation, a Swiss company, held. 100 million people voted on the most noteworthy buildings or structures that sum up the apex of human achievement in the modern world. There’s more we can do online than just get top tips for horse bets, it seems!

Chichén Itzá is a complex of Mayan ruins on the Yucatán Peninsula in Mexico. They’re an easy location to access as a day trip from Cancún, Mexico, and are famous for their Chacmool statues, pyramids, and a building shaped like an observatory.

Probably the most famous statue of Jesus in the world, Christ the Redeemer towers over Rio de Janeiro, his arms spread wide open. Perhaps in forgiveness of the crazy antics that take place in this city during Carnival? 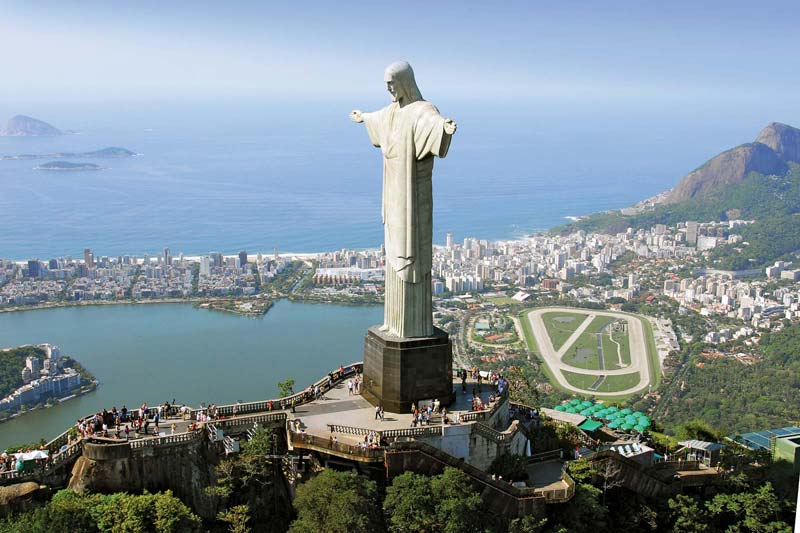 Also known as the Flavian Amphitheatre, the Colosseum is situated on the Piazza del Colosseo in the centre of Rome, Italy. Constructed from brick-faced concrete, travertine limestone, and tuff, this construction once stood as the largest-ever arena, and could hold 50 000 spectators! It was built in 70 AD.

The Great Wall of China

The Great Wall of China is a shared name for a series of systems of fortification built across China’s historical northern borders. It was constructed to consolidate and protect Chinese state and empire territories against raids from the nomadic tribes of the steppe. It is over 21 thousand kilometers long!

Machu Picchu is an Incan citadel nestled high in the slopes of the Peruvian Andes Mountains, above the Urubamba River Valley. It was built in the 15th century and abandoned later on and has become renowned for the sophistication of its dry-stone walls. They fuse massive blocks together without requiring mortar, and the resulting buildings are intriguing because they display not just extraordinary panoramic views but a knowledge of astronomical alignments as well.

The iconic setting for the Harrison Ford blockbuster Indiana Jones and the Last Crusade is actually a real place! While 4 000-year- old sword-wielding men and Holy Grails are few and far between, the Maccabee-hewn rock edifices and winding canyons more than make up for that.

The ivory marble Islamic mausoleum on the southern bank of the Yamuna River in Agra, a city in India, is perhaps one of the most famous landmarks on this list. Mughal Emperor Shah Jahan commissioned it in 1632 as a tomb for Mumtaz Mahal, his favourite wife, and it additionally houses the burial chamber of Shah Jahan himself.